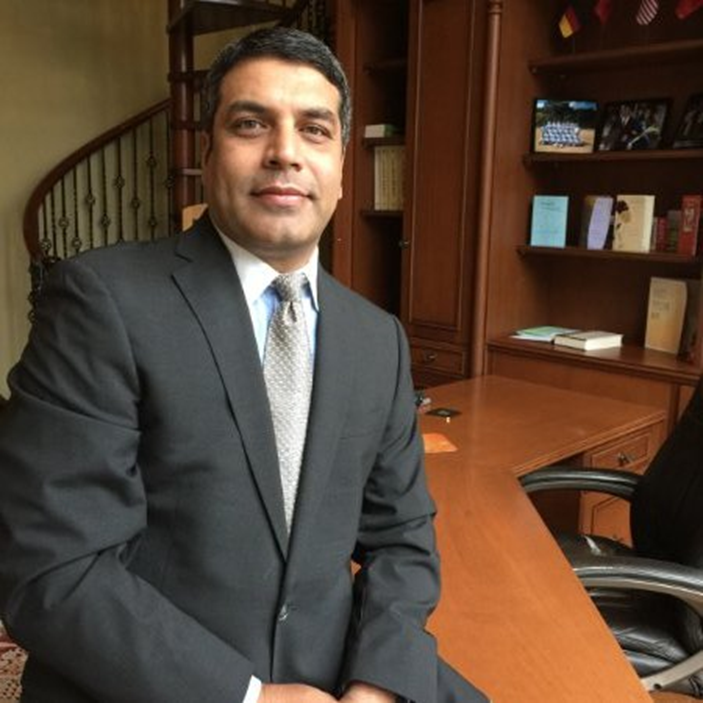 You’re invited to Najam Usmani’s on-campus leadership talk, “The Power of Connections,”on February 14 at 3 p.m. in the CMU Ballroom. The talk will be followed by the re-dedication of the CMU at 4 p.m. in the Main Lounge!

Join us in welcoming a 1992 graduate of MSU Moorhead, Najam Usmani, a Dragon who exemplifies Grit, Humility, and Heart. Usmani immigrated to the United States from Pakistan at the age of 19 and at MSUM earned degrees in Finance and Computer Information Systems.

Finding ways to serve others and helping them succeed, Usmani founded the Champ Camp, to build the next generation of leaders. In addition, Usmani also began a charity to invest in the community and a monthly community service project, EmPOWERed. As an active member in his communities, Usmani also spends time working with high-level decision makers including U.S. senators and Former President Bill Clinton.

Join us on February 14 and learn about the power of connections and the opportunities that come from networking!

Want to learn more about Najam Usmani? Check out our blog!